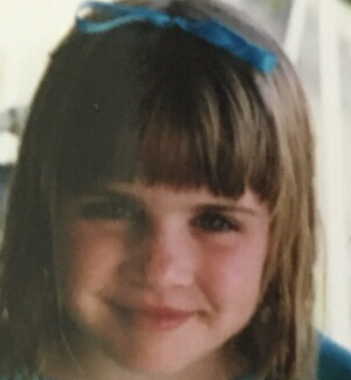 by Francie FrisbiePosted on November 9, 2018
Posted in Uncategorized

One of the fears I have in beginning this podcast is a fear that the people i am discussing  take what i am saying as personal; and do not understand that what i am talking about is something universally experienced by adoptees, and is not personal to my experience with them.

While editing the second episode of this podcast, Destini, I hear myself discuss something that has been on my mind a great deal lately. In this episode, Destini mentions the immense grief she experiences upon reconnecting with her birthfather. She talks about moving through the stages of grief as she realizes all she has missed out on not having her father in her life. At this point in our conversation, I mention the pain and grief I experienced upon reconnecting with my birthmother at the age of 19. This is where my fear comes into play:

I was born in Fort Worth, Texas; and in my imagination I saw my birthmother as this wild cowgirl. To me she was a coyote ugly bar girl who stayed out late partying and lived in motels. She was chubby curvy girl with blonde hair like mine that she kept in tight Texas curls. She was someone who was never in a steady relationship, and someone who could have never raised a child- not then or now. In my seven year old mind, one day my birthmother would grow out of her wild ways and yearn for the child she placed years ago, and she would come looking for me. When i felt desperate and alone, I would sit in my room and cry, and I would look out the window and imagine her walking down my street. The first thing I would see would be the blonde hair, then her wide hips in jeans belted with a large belt buckle, and there were red cowgirl boots on her feet. She was always walking in my mind- never in a car; funny how the child mind works. In these fantasies she would come and get me, and tell me she could take care of me now. I would grab the suitcase I always kept packed under my bed, and i would go with her. I  imagined we would live in motels together, and that she would homeschool me because we never stayed in one place too long. I imagined we would do odd jobs together, and that we would make ends meet. I imagined I probably wouldn’t have nice clothes, i would never go on vacations, and i would no longer experience the things that money can buy. But, the things I would experience, would be so much greater. I would get to experience knowing my mom. I would get to experience the love of the mother who brought me into this world. I would get to experience depending on the person I had become attached to for nine months in the womb; and I would make it so she could depend on me too. We wouldn’t have much, but we would have each other- for life. I could look at her and see my own features, and feel beautiful. We would be poor in material possessions but rich in love and attachment. In this fantasy I was able to heal and become whole again. I was able to turn back time and become my original self; the person i would have been before had I not been relinquished. A person who was held by their mother after their birth, and cared for by the mother they had attached to in the womb, the mother they had so anxiously waited to meet; and thhe pain, the hole in my heart, it would mend and everything would be okay.

This though, this fantasy, all that it ever was, was a fantasy. It was an imagined reality i could escape to when i felt lonely. It was a place in my mind I could go to feel hope- but it wasn’t real, there was nothing real about it.

At age 19, I decided to search for my birthmother, and I found her. I did this through the texas adoption registry. The Texas adoption registry has been set up as a way for adoptees and birth family members to reconnect if both parties wish to do so. The state of Texas currently has a law in place that seals all original birth certificates of adoptees. For those who don’t know, many American states have this law, it does not allow adoptees to have access to their birth records, which, as you can imagine, makes reunion rather difficult. (The subject of open records will come up in future blogs and podcasts, so more to come on that, but i will continue my story). So in order to qualify for this registry, one must go through psychological testing, fill out multitudes of paperwork, and pay a nice sum of money (major eye roll) before they are reunited. After submitting everything and waiting, I was approved, and I received a letter in the mail that I had been matched with my birthmother. My birthmother, years prior, had submitted to the registry, she had been  waiting for me to turn 18 and submit to the registry myself. First we both had to write letters and send them to the adoption agency that had handled my adoption. The adoption agency acted as an intermediary, they copied and forwarded the letters from me to her and her to me. This went on till the agency felt it was ok to release our personal information (even bigger eye roll).

So, there it was.  I found my birthmother. I had my information. I had my story. I had my facts. Chapter one of my story was filled in. I should have been so happy. All the pieces should have fallen into place as I had imagined. But, they didn’t. They couldn’t. They were never going to. I learned my birthmother was living in Baltimore. She was a wife and a mother of three young children. She was a stay at home mom who did everything. She was a minivan mom. Her life was stable, happy. She was a good mom, with a good marriage. She was living and providing her children with everything I had ever wanted as a child. The pain, the grief was overwhelming. My dream was dead, I was broken. I grieved the life I saw her have, what i saw she had given to her children, the life i would never have, the relationship i would never have with her. Her life, her real life outside of my head, had gone on without me. She was able to move on and have everything. She wasn’t some person that could never be a mother, she just couldn’t be mine. I felt rejected, unloveable, unworthy. What about the wonderful mother daughter team I thought we would be, how we would depend on each other? She had three little ones who depended on her now, and she gave them everything. How i saw myself fit into my mothers life, that would never be. My dream was dead, and i think the part of my heart that turned to that dream when I felt sad or lonely, died too.

In my mind, in the irrational feelings part of my brain, she made a mistake, got to erase that mistake, and move on with her life. She got to live her life, and she got to live that life without the restraints that being single young parent puts on a person. She got an education, meet a great guy, got married and started a family. She was able to do all this, because i wasn’t around holding her back. I was born, and never held. I was taken out of the room immediately. I was alone for a week as a newborn infant in an adoption agencies hospital. I was surrendered by the person I yearned for the most. My adoptive parents had a biological child of their own  shortly before splitting. I got to see the bond of a mother and infant from day one play out right in front of me. I was raised by a single mother.

Now fear, how does fear come into play? I fear that when my birthmother hears of this grief and my irrational brains processing of this, she will take it as personal. And, while I understand it may feel that way- it really isn’t. I would say this is something universally experienced by adoptees with closed adoptions. Not knowing my birthmother, not knowing who she was or what she looked like, left me with nothing but a fantasy. A fantasy I created to answer questions i had, since the real answers were unavailable to me. My birth mom, she was a victim of the system. She was told that what she was doing was in my best interest and that she would be selfish to keep me. She had a fantasy of her own. She imagined me being raised in a loving two parent home with adopted siblings i could relate to. She was told i would be given a better life, she was sold the false adoption narrative. Because of the way adoption has been carried out, many adoptees experience what I have experienced. They feel grief upon meeting their biological parents and realizing they are not the people they have made them out to be in their imaginations. It is so unfair that things happen this way. Its what makes successful reunions feel impossible. The feelings that i had at the beginning of our reunion, and that I still sometimes irrationally have, are not the fault of my birthmother. She did the best she could, my rational brain understands that. I fear that telling my truth will hurt, and this is another universal truth for adoptees. The grief, the fear, the trauma: all so overwhelming.

** blog photo is a picture of me at 7 years old